As it is, in Norway our governments pride themselves on how low the unemployment rate can get. It is a major success-factor for any sitting government, and one of the key principles for the welfare state Norway. So naturally this is where social entrepreneurship has found its way into, at least some, hearts in the government. They understand it as a method for getting more people into the labour market, and for the new government social entrepreneurship has even made it into their platform for the elected period.

The reason why, I suspect, is because many social businesses try to fix this wrong in the labour market. We talked to Jørgen Veiby, the CEO of the Co-Workers (Medarbeiderne) in Oslo, to learn more about how they work. 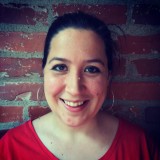